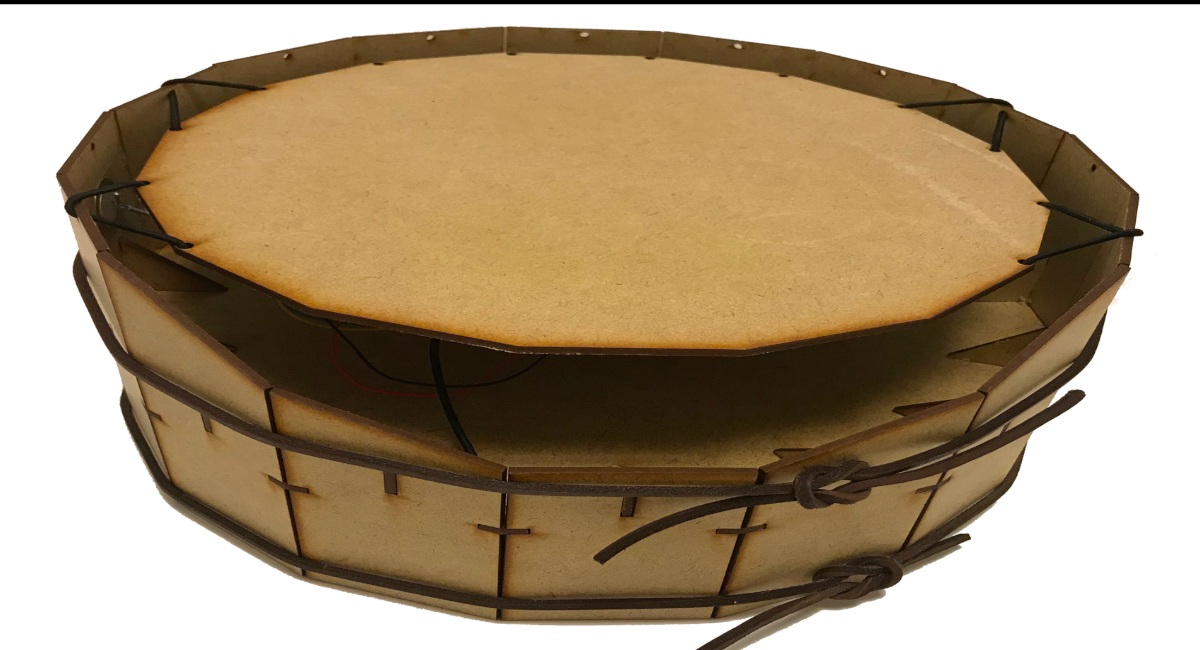 The daïs is an open source new interface for musical expression (NIME). The daïs main feature is a disk that is suspended by elastic string. The instrument is played by pushing down and moving the disk around. The position and angle of the disk is captured by sensors and can be used to control sound synthesis algorithms or audio effects.

Multiple parameters to be controlled with a single movement, and the gestures afforded by the instrument result in a performative playing style. The disk is haptically enabled using vibrotactile transducers that facilitate an intimate playing experience.

The Daïs was presented at NIME 2020 and was later featured on the Bela blog. See also the video made for the blog post.