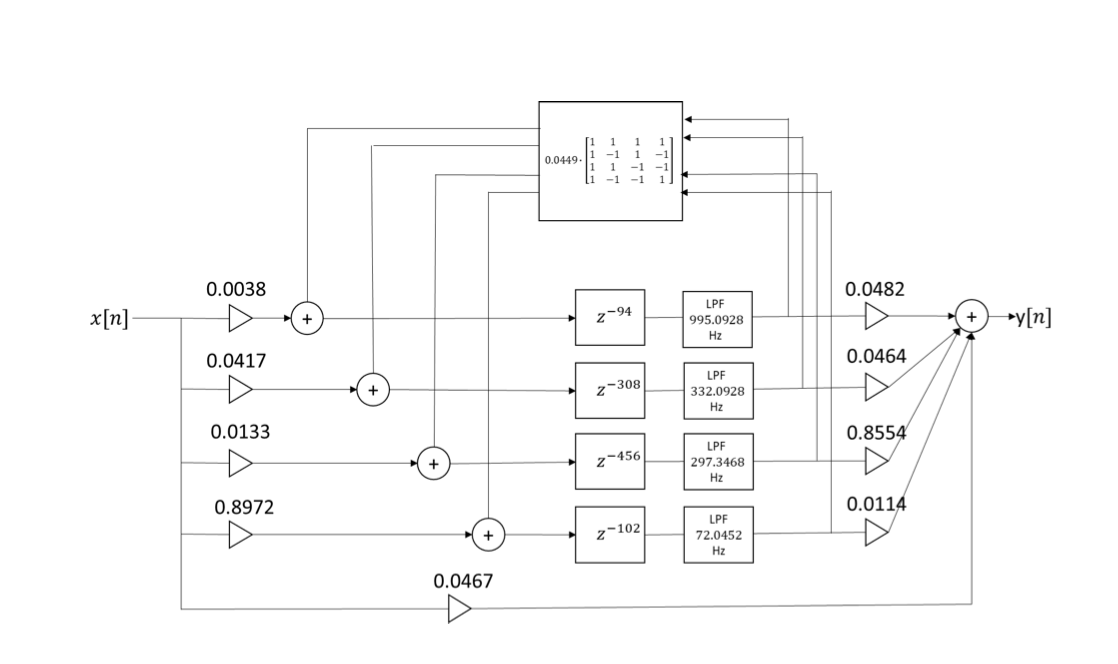 The reverberation is one of the most famous and well- known acoustic phenomena, which consists in the propa- gation of a sound, produced by a source, across an environ- ment, which could be a room or the sound box of a musical instrument such as a guitar, a violin or a piano. In particu- lar, in this paper different approaches will be used in order to estimate the reverberation parameters given the impulse response of the sound box of a guitar. Such approaches are based on genetic algorithm and gradient descent algorithm, which results were then integrated into a hybrid reverbera- tion approach. At the end, the results were implemented in Matlab and SOUL programming languages and the prop- erties of the two different approaches are compared and analysed.